Book Guilt and the Shaming of Subjective Thought 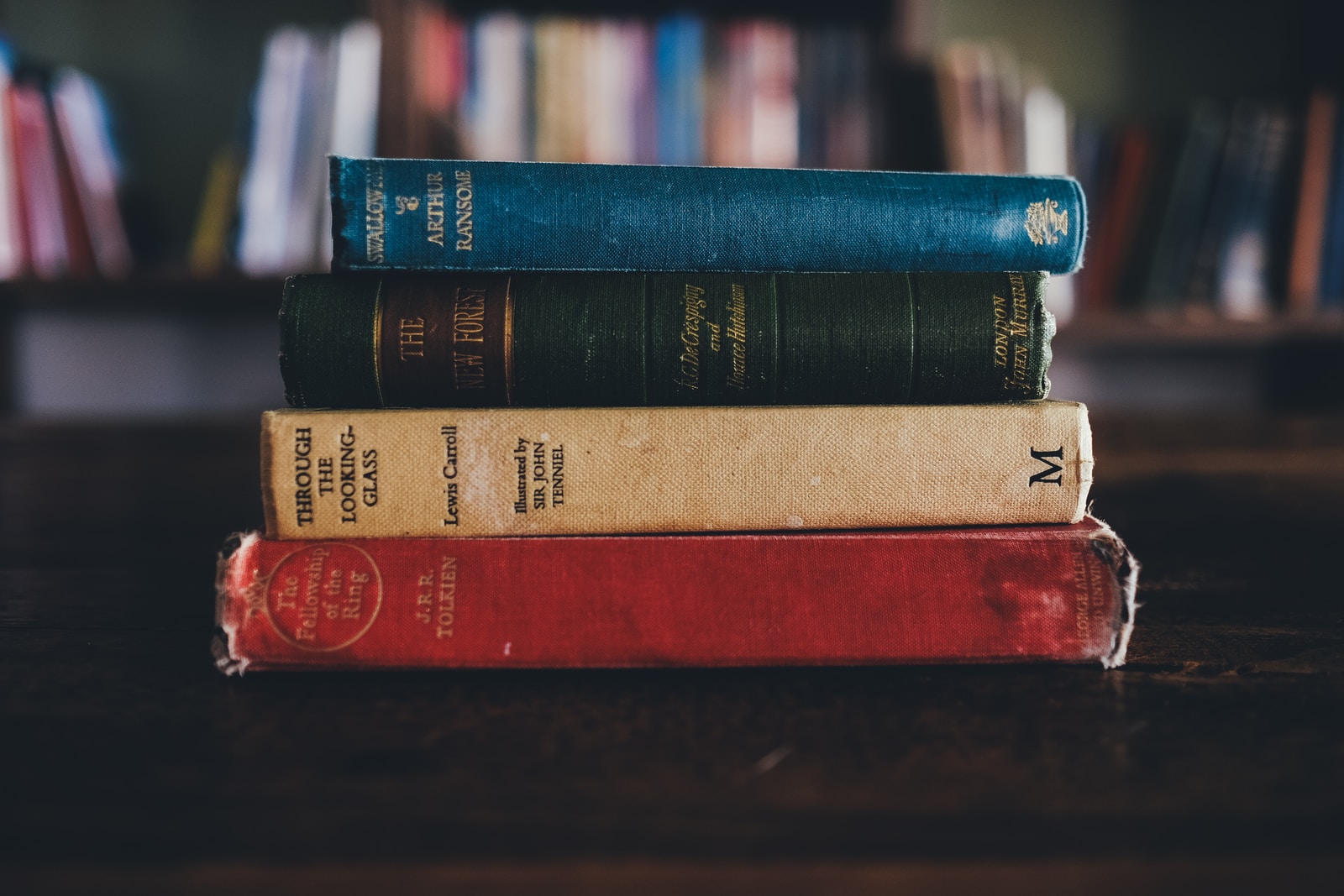 When I was in college, I already knew I wanted to write in some creative capacity for a career. I didn’t know what that was yet, so I dipped my toe in a few academic arenas just to see where my interests were.

In the meantime, I had all these other credits I had to get in order to graduate. For those, I chose the path of least resistance.

One of the classes on that path was The History of Rock and Roll Music.

I’m a fan of music, history, and pop culture, so this seemed like a perfect marriage for me. The classroom was directly across the street from my dorm, and it was for 2 1/2 hours on Wednesday nights.

Most of the time, I enjoyed the class. The teacher would air documentaries and bring up different eras of music that were really interesting to me (though it wasn’t much of an educational experience as it was a recap of what happened in music – in other words, I could’ve learned most of it watching documentaries on my own and looking at pop music charts).

Then, the final paper came.

A great album – and a lackluster one

Midway through the semester, we were tasked with drawing two albums out of a hat. Those two albums would be historically significant for some reason or another. Our job would be to write two extensive album reviews. We had to go get our hands on those two albums, listen to them, and give detailed analysis of the albums, their significance, etc.

My two picks couldn’t have been more opposite of each other:

I will be the first to say that the James Brown album was awesome. The energy, the music, the swagger… it had it all. It was endlessly fun to listen to and so easy to write about.

The Radiohead album, on the other hand?

As you’re about to find out in the rest of this essay, I want to enjoy or be interested in the media that I consume. For music, that means it’s gotta be… you know, music.

Instruments. Lyrics. A purpose of some kind, even if it’s a shallow one.

OK Computer was, to me, indicative of a band that was just living about six feet up their own butts. It was experimental sound, not music. It reminded me of John Lennon’s music going hard off the rails with Yoko once he left The Beatles.

(Name me a great song you like to listen to by John Lennon that had any kind of impact on anything that isn’t the overhyped and overplayed “Imagine” – QUICK. Can’t do it, can you?)

I knew this would be hard for me to review, but that was the assignment. So I worked my butt off to explore the influences of the album, the reactions from media and critics at the time of its release, and the technical side of the album that demonstrates its place on a list of the most important albums in music.

But I also explained, in detail, why I didn’t care for the album. I spoke of my own preferences for music, showed why this album didn’t hit the mark for me, and why I was not impressed. I never spoke ill of the quality of the album, but simply stated that it wasn’t my cup of tea.

I got a C- on the paper with a note at the top that said, “You didn’t even TRY to like it.”

I think about this experience a lot when people start talking about how important college is for the benefit of society.

This attitude exists in ALL forms of media

One of the biggest problems with most of creative society is the lack of distinction between objective and subjective.

Breaking Bad might be well done, but that doesn’t mean it’s the greatest thing ever.

Same with Game of Thrones.

As an English major, I had to contend with this attitude in the literary world constantly.

I took college courses for 5 years (I transferred schools halfway through and lost a whole bunch of credits). In that time, I was required to read Pride & Prejudice three different times.

Is it well-written? Sure. But is it SO GOOD that it’s one of the only books that everyone has to be required to read? Of course not.

Yet it would be heresy for someone – especially one who presents himself as an author – to publicly state that Pride & Prejudice is kinda boring and overrated.

I keep trying – and failing – to get into these books

As a 36-year old man, I’m at a point in my life where I can read whatever I want. And there are times when I want to try to sit down and read something that is presented as an all-time classic or even a modern work of literary genius.

Combine that with my desire for self improvement and my interest in business, and there are lists of books out there that all have the same books on them – choosing my next book should be a no-brainer.

So I get optimistic, thinking THIS will be the time I get some great insight from one of these life-changing books!

I start reading, get supremely bored, and wind up putting down the book permanently.

These books aren’t alone. There are others that I’ve put down and never picked up again. I just had those books handy.

There’s also a wide swath of books that, like Breaking Bad, I just have no interest in consuming.

I’m not getting into epic fantasy and hobbit stuff. Your Tolkien stories are no good here.

Same with Harry Potter. Harry Potter has become a weird cult for alleged grown-ups. You’re not a Muggle or whatever it is. You’re a person who is still reading young adult stories. You might as well be wearing t-shirts with Goosebumps characters on them.

Spirituality-focused books. The Power of Now and other books Oprah is hawking. The sheer number of people who take to these things just because a celebrity recommends them fascinates me. I don’t get my spirituality from some dude I’ve never heard of or who purports to be an expert on the subject. I get it from God, so I’ll read stuff God has written.

Anything with swearing in the title. You Are a Badass or the litany of books with the word Fck on the cover. You’re not edgy or interesting. You’re lazy. It’s a pure sign that it’s an also-ran book that has no meat to it.

So what DO I like to read? And why is that important?

It’s important to challenge yourself.

It’s important to expand your mind.

And it’s important to learn more about the world around us.

But here’s the thing: you have to do it in a way that is going to interest you. When I sit down to read, I want to be entertained and/or captivated by something.

So I read a lot of books on the history of World War II and American history in general. Recent books I finished include:

Some are light reads. Others are more in-depth. The Hope book was very detailed about his life and rise in the entertainment industry.

Both The Age of Entitlement and Boomers offered alternate viewpoints of important history, both in pop culture and society at large.

And Anatomy of a Song? I’ve learned more and was far more entertained reading the story of how “Runaround Sue” was written and developed than the weeks I spent slogging through Zen and the Art of Motorcycle Maintenance.

I think far more often about the lessons I learned about success, failure, and humility from Martin Short’s and Dick Van Dyke’s autobiographies.

(And both of them are FAR more entertaining.)

Yet, none of these books I’ve mentioned are on anybody’s “lists”. They’re not recommended as fine pieces of literature or life-changing works of art. Heck, you might not be caught dead reading some of these books.

Doesn’t matter to me.

I discovered them on my own, thanks to a very simple, straightforward reading practice.

By reading like this, you develop your own tastes, your own interests, your own ways of challenging yourself… and your own way of developing thoughts.

That’s really the goal at the end of all of this.

If everyone in the world reads The Great Gatsby and Fahrenheit 451 and The Alchemist, would the world be a better place?

Why not? Because then we’re just doing the same thing we complained about in school. We’re making assigned reading instead of cultivating a love for reading.

Read what you want. Enjoy it. Read the classics if they are interesting to you. Read epic fantasy books (though I would argue to balance it out once in a while with a real-world narrative nonfiction book).

Try things out and explore. That’s the fun of reading.

Now do that with all your forms of media, and watch how much more well-rounded and happier of a person you’ll be. You’ll know how to think independently.

Nobody’s asking for a book report, so don’t let book guilt make you feel like you need to have one. Go live life instead. Make a few stories of your own to go along with the ones you’re reading.