7 Keys to Our Transition to a One-Income Household 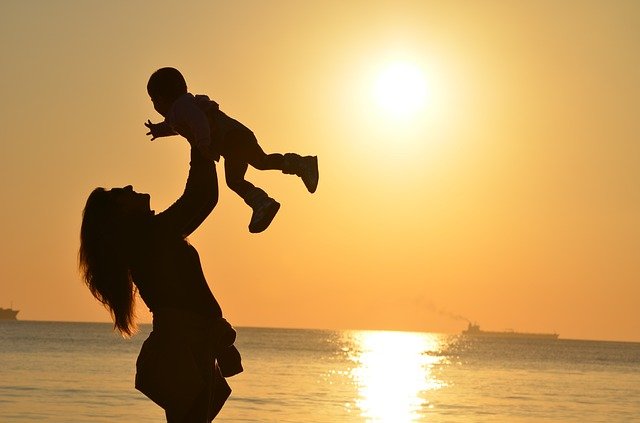 I recently published an article on the unique and often-unspoken benefits of working from home.

One reader commented on the struggles of having kids at home, and I realized I failed to mention that I have three small children at home as well, aged 7, 4, and 8ish months.

It gets loud around here, is what I’m saying!

And I wanted to talk about the ways I’ve set up my work day and my home office to handle working at home with kids, but the key cog in my setup is that my wife is a stay-at-home mom.

That’s a really great situation to be in, and I don’t take that lightly.

However, many have reacted to that news over the years by saying we were “lucky” to be able to do that.

But this is not some unattainable goal that we reached purely on our socioeconomic status or anything. This isn’t coming from a place of “privilege”.

While we definitely appreciate the ability to do this, it is a direct result of specific, intentional decisions that my wife and I made together in order for her to do this.

And weathering the struggles that came with those decisions.

So, before I write a post about ways I handle working from home with kids running around, screaming constantly, I want to talk about the 7 struggles and active decisions we made in order to transition into a one-income household.

#1. We made this decision before we were ready to do it.

We had a then-two year old boy, and we were about to have another baby boy in the family.

My pregnant wife was working part-time as an x-ray technologist at a hospital. She was making a little bit of money, gradually scaling back her hours to spend more time at home with the growing family.

It had always been my goal in life to have a job where my wife could have the options of staying home with the kids, if she wanted to.

I had chosen the life of a freelance writer, which came with a roller coaster income and bonus taxes that I get to pay every year.

At the dinner table one night, I told my wife she should just quit her job already.

She clearly just wanted to be home. She didn’t want to go into work anymore. The financial benefits were being canceled out by the cost of having someone watch our kid during her work days, the cost of gas to drive 35 minutes to work, etc.

My wife refused to believe we could do it.

She had every reason to doubt it. My 2017 take-home income clocked in at around $25,000. That was… not a lot of money for what was about to be a family of four.

Adding to that, we were still carrying about $100,000 in debt from credit cards, student loans, and vehicles.

But we did it anyway.

It was a terrible financial decision and directly led to the other struggles and decisions on this list.

Yet I make sure this point is clear: we didn’t do this because we had any advantages over anyone else. We didn’t have any money in savings or any advantageous financial situation.

It was an active decision and we chose to bear the consequences of that decision.

#2. I chose a career without a ceiling on it (or a floor, unfortunately).

Really, the only key that we relied on when making the decision was that I could take actions in my career to grow my income.

As a freelancer, there is no ceiling on my income. I could make up the difference that we were losing with her income, in theory.

That did happen. Part-time work was relatively easy to cover.

But the struggle is that I have no floor on my income, either.

If you have a job where your income is fixed, but your family would benefit from having a stay-at-home spouse, you’re going to have to find a way to increase that income, somehow.

And if you can’t get a raise, then maybe you find a way to work a little more or set up a side hustle that can cover some of the gap.

Heck, at one point, I went back to bartending 2-3 nights per week to cover that gap. You do what you have to.

In the immediate aftermath of our decision to go down to one income, our debt soared.

As my clients left en masse, our financial needs swelled thanks to another mouth to feed.

We cranked down on our budget as best we could. Discretionary spending went bye-bye. No more vacations. No more eating out at restaurants. Our lifestyle changed dramatically in those first few years.

Would it have been easier for my wife to just go back to work and make up that difference so we could keep our heads above water? Sure. But that’s not what we did.

I shouldered the burden of providing for my family willingly. I’d do it again.

It meant working many nights. It meant finding creative ways to generate money. It meant weathering some really dark times.

#4. We allowed those problems to pile up more than most are comfortable with.

We subscribe to the Dave Ramsey method of paying off debt: the “debt snowball”.

And don’t drop in the comments to criticize Ramsey or the snowball method. Yes, mathematically, it’s not the best solution. But from a psychological standpoint, it was the best solution we decided on for our family.

Then, a combination of going down to one income and the complete collapse of my business pumped that debt pile back up to over $111,000.

At the bottom, mid-2018, I had dropped by some friends while they were painting their house. I remember the wife telling me as she rolled blue paint on the walls (I have a very vivid memory of this moment), “I don’t know how she does it, Tom. I would’ve given up on this idea a long time ago.”

She wasn’t saying it to be mean. We’ve been close friends for more than two decades.

My friend was just pointing out that, from the outside, this struggle didn’t make any sense. And I suppose it didn’t.

My wife and I have been married for almost 11 years.

Literally everyone in our social circle either owns a house or has owned a house, sold it, and moved into a second house.

In other words, they all own property.

We’ve moved several times in our marriage. We’ve dealt with a clown car of terrible landlords.

And to be honest, we hate it.

I would love the ability to own my own home. I’m worn out on sharing walls with neighbors and having to deal with cheap, irresponsible landlords.

But with our debt pile and no down payment, that hasn’t been an option for us, financially.

We decided that my wife staying home with the kids was more important, even if that meant a few more years of renting.

I bring this up because many of our friends have commented on how they wish they could have a one-income household so a spouse could stay home, but they always cite their mortgage payment as one of those expenses that keeps them from being able to do it.

It takes difficult decisions sometimes. Renting is one of them for us.

Towards the end of the summer 2018, my wife gave me an ultimatum.

Not that kind of ultimatum, don’t worry.

She just said she couldn’t weather this financial stress anymore, and she wanted to go back to work.

Fortunately, we negotiated a delay on that decision, and in those couple weeks, I righted the ship and we started moving forward financially.

But that moment happened. We were beat down repeatedly. And we almost gave up.

It took the unwavering belief and support in each other to make that transition work, even years after the fact.

#7. We made our family a priority.

I’ve never really had any.

I’ve been in debt since I was 15 years old. I’ve never had a savings account of really any size.

We’re not blind or naive to the fact that you need money. There are too many “follow your passion” hippies online who think all it takes is a belief in yourself and you can do anything.

You can do anything. But you have to be willing to prioritize… and be okay with the consequences.

We poured gasoline on our financial situation and struck a match when we decided my wife would be a stay-at-home mom. When things got tough, we had to remind ourselves that we didn’t make this decision because of finances.

We decided it was the best thing for our children. And it has been.

As I write this, we paid off all our debts a couple weeks ago.

Years of hard work wound up paying off, and my business is more successful and stable than ever.

I’m not resting on my laurels, though. Learning my lessons from the past, I’m still working every day to grow my business and keep as many irons in the fire as I can handle.

It could collapse tomorrow.

I could lose everything.

We could rack up another six figures in debt.

But we’re choosing to take that risk because we want my wife home to take care of our three children during the most important years of their lives.

Not easy choices, but choices nonetheless.

There isn’t a right or wrong here. Just different. These are the choices we made. They worked out eventually, but we had to take a whole lot of body blows to get to this point.

The internet has created the ability to build a career without a ceiling on it. There are loads of different ways to do that.

But you have the ability to make this kind of transition. You just have to be willing to deal with the consequences.

Our consequences were two-plus years of the most stress we’ve ever had to deal with… the most embarrassment… the most failures… and the most debt.

But we got through it.

Stop placing limits on yourself and start looking for the opportunities. They are there. You just have to find them.

Image by Vânia Raposo from Pixabay.