How the Corporate Approach Made Creators Lazy – and Killed Mainstream Creativity

Tom Meitner
The Business of Writing, The Craft of Writing 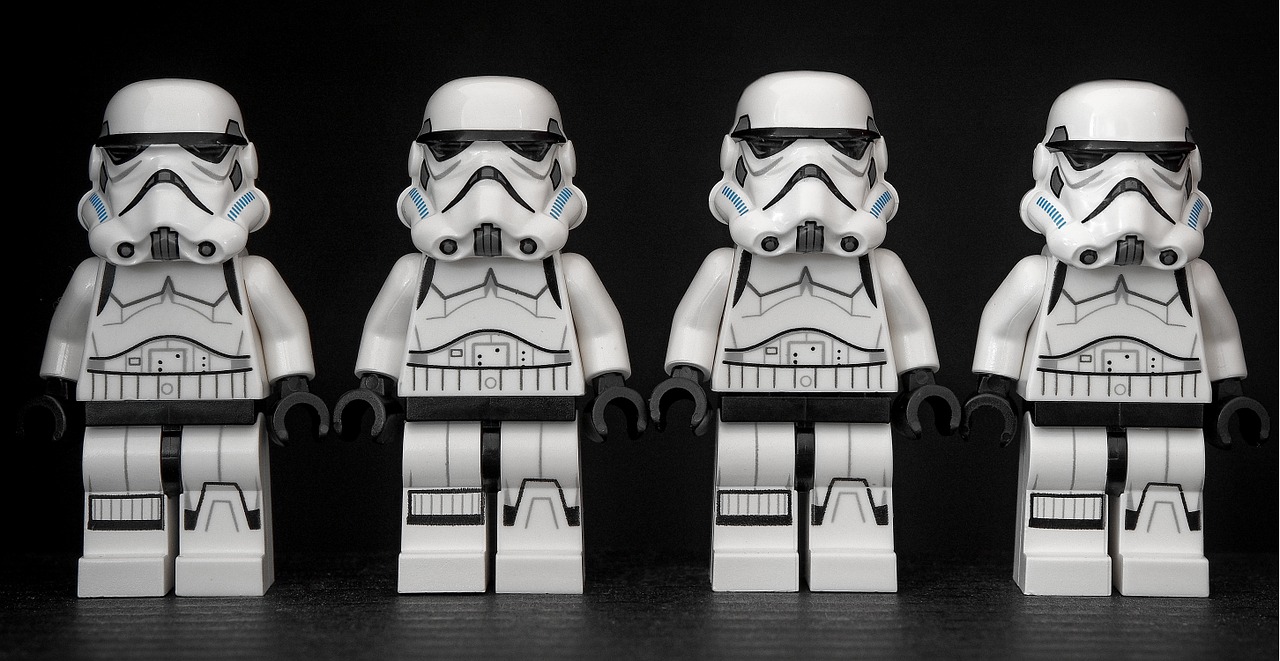 There is intense debate on the internet these days about the quality of storytelling and media that is available, especially in the mainstream.

On the one hand, you have the generational argument: that everybody grows up thinking their generation’s music and movies are better than what the “young kids” are listening to nowadays.

But on the other hand, I think there is a very valid argument to be made that art, media, and creativity are all on a sharp decline – at least here in the United States.

I don’t believe it’s because people are incapable of being creative anymore. I also don’t believe it’s one of those capitalism is evil! arguments that people love to make. It’s okay to make money with art. I sell books, after all.

The problem, as I see it, is one of approach. To me, there are far too many creators taking a corporate approach to content. This, bolstered by the unprecedented amount of data we have access to, is what is killing mainstream creativity.

I could go on and on in different forms of media (many people write about this in terms of music), but I’m going to show you how this approach has ruined TV, movies, and books in the modern age.

The “Friends” boom – and the copycats that ensued

Friends was a pop culture phenomenon to the point where the second season endured a backlash just because of how popular it had become. While it feels like a standard laugh-track sitcom now, in the mid-nineties it was a unique approach to TV.

It was a ratings juggernaut. Jennifer Aniston’s hairstyle even became a thing for a while there.

But what people don’t remember about Friends is that its success spawned a host of copycat shows in the ensuing years. Friends came out in 1994 on NBC. After that, we saw just on NBC alone:

There’s another trend to notice here, too: each of these shows lasted only a couple seasons at best.

Corporate executives at NBC weren’t creative minds. They just looked at what was working and said, “Let’s do more shows about young people living in New York City!” And then they ignored the rest of it.

They never stopped doing this, either. Once one type of show hits it big in a mainstream way, all the other shows wind up being exactly like that one.

…and that’s just the ones I recognize.

This homogenization of mainstream entertainment is hurting our culture tremendously.

And it doesn’t stop with TV shows.

How the movies were ruined

When I was in college, I had a bootleg copy of Napoleon Dynamite on DVD.

It was a data-DVD, so it could only be played in certain DVD players. Since my dorm had one of the only ones, that was the place you went on campus if you wanted to see this movie.

My roommate and I would talk about it. We’d tell a few guys on our dorm floor. Pretty soon, word would spread about this quirky and hilarious comedy.

I had people all over campus coming to my dorm to watch Napoleon Dynamite. At one point, I was watching it several times a week because so many people were intrigued by it.

Today? Nobody would watch Napoleon Dynamite because it doesn’t fit into an algorithm (which was mentioned and reviewed in detail by YouTuber Now You See It).

That was 2004. In the years since, corporate executives have pushed more and more data to try and find winning formulas for movies.

See if you notice any shifts:

See how, when 2011 hits, you see a big shift into more superhero movies?

And that’s not even dipping into the sheer quality of these films. I know quality is subjective and lots of people swear by how great Marvel movies are and whatever, but look at 1991: Home Alone, The Silence of the Lambs, City Slickers, The Addams Family, The Naked Gun 2 1/2? Those films are timeless.

(Honorable mention to TMNT II, which is my sentimental pick, but is a pretty awful movie, objectively.)

But this is what happens when something is successful in entertainment. Everyone tries to copy it. A sequel worked? What else can we do all over again? A superhero movie topped the charts? Let’s go find some other comic book characters!

Instead of trying to make great stories, moviemakers are just trying to mimic whatever people are buying. Is that bad? Not necessarily… if it’s balanced out with storytellers trying to make original stories.

As a published author who, to date, makes a few hundred bucks a year from his books, I’m not in a position to criticize the success of big ghostwriting firms who have been making hundreds of thousands of dollars a year pumping out stories.

Nor am I in the position of the starving artist trying to create deep, meaningful works of art.

I’m trying to make money. And I’m writing popcorn stories. I get that.

Still, I’m writing what I want to write. And these ghostwriting firms are loaded up with people who are purely looking to serve a subset of people purely because they will pay for it.

I started ghostwriting at the end of 2018 to try and recover a lot of lost copywriting income. I thought I could have fun writing stories and get paid well for it! Win-win!

Unfortunately, I found ghostwriting for these companies to be even more difficult than writing 40-page sales promotions about stock market predictions.

Consider the fantasy time-traveler series I was commissioned to write. I was tasked to develop a series where a man travels to different time periods in fantasy literature (Atlantis, for example, or Themyscira, where Wonder Woman is from). He is a reluctant hero – which sounded like fun.

Then, I was given this command: “These are harem stories. You can’t go more than 3 chapters without having a graphic sex scene in it – and make sure it’s with different women.”

It didn’t matter if the story called for it. Every third chapter, I had to shoehorn in a scene where the main character had sex with somebody. Over and over again.

(Funnily enough, I read reviews of the book after the fact that said these scenes felt “forced”. No kidding.)

I wasn’t able to take the story where I wanted to because I had to stop all the time so that the guy could doink whoever he was with. You know how hard it is to raise the life-or-death stakes of a story when the guy is constantly distracted by sex?

That’s when I realized ghostwriting wasn’t for me.

When I look into author communities, they all say the same thing: “WRITE TO MARKET.”

That means study what is working and copy it. And it’s not a bad strategy, plus you want to learn and understand the components of successful stories.

The rest of them are fantasy books.

I’m glad authors are making money. I aspire to be one of those money-making authors. At the same time, how many authors are just cranking out tired, cliche, sex-filled romps because they sell… and aren’t actually interested in being good writers?

How many writers are just focused on writing wild fantasies because then they don’t have to tell a story with any limits… which allows them to be lazy with their storytelling?

How do we get out of this cycle?

When all of the most popular media looks the same, what do we do? How do we reverse that?

Culture is something that moves a society forward. Classic, time-tested stories across all forms of media shape culture thanks to creators taking risks.

But what about the data? Data is useful! Knowing more about markets is what allows these creators to focus on that kind of stuff. No more focus groups! Instead, Netflix can just tweak their algorithms and test the results in real-time. Less wasted money, more blockbuster successes!

I would argue that we’re thinking of technology in only one direction – and there’s another direction we can go.

Today’s data-driven world doesn’t just allow us to mine the fields for the biggest-selling ideas. We can also create niche ideas and distribute them to passionate (and paying!) fan bases at a lower cost.

With no gatekeepers stopping us anymore, we don’t have to follow trends and justify the decisions we make.

I can write conspiracy murder thrillers that may or may not appeal to the masses. But it has my voice in it. I enjoy writing them. I can take care in writing and developing those stories.

And with a few bucks in advertising and distribution, I can get those books in front of an audience that wants to read them.

Sure, it’s more work this way. But that’s part of the job. Variety is the spice of life, and it’s also what makes a strong culture. Our TV, our films, our music, our books… we need to have different variations, different stories, different sounds, different formats.

Not everything needs to be a derivative of Star Wars or a Marvel superhero thing!

As creators, we need to push ourselves to engage with the people rather than allow ourselves to simply view people as a group whose base desires need to be fulfilled.

Stop viewing every piece of content through the lens of “okay, what would get the most clicks?” and start viewing content as a message you want to put out there.

Make it easy to discover, and you get that ability to find new things you like reinstated in a culture that desperately needs discovery.

Individual attention to unique storytelling can work, and it’s never been easier in history to do it.