How to Hack Your Brain’s Filter for Success and Happiness 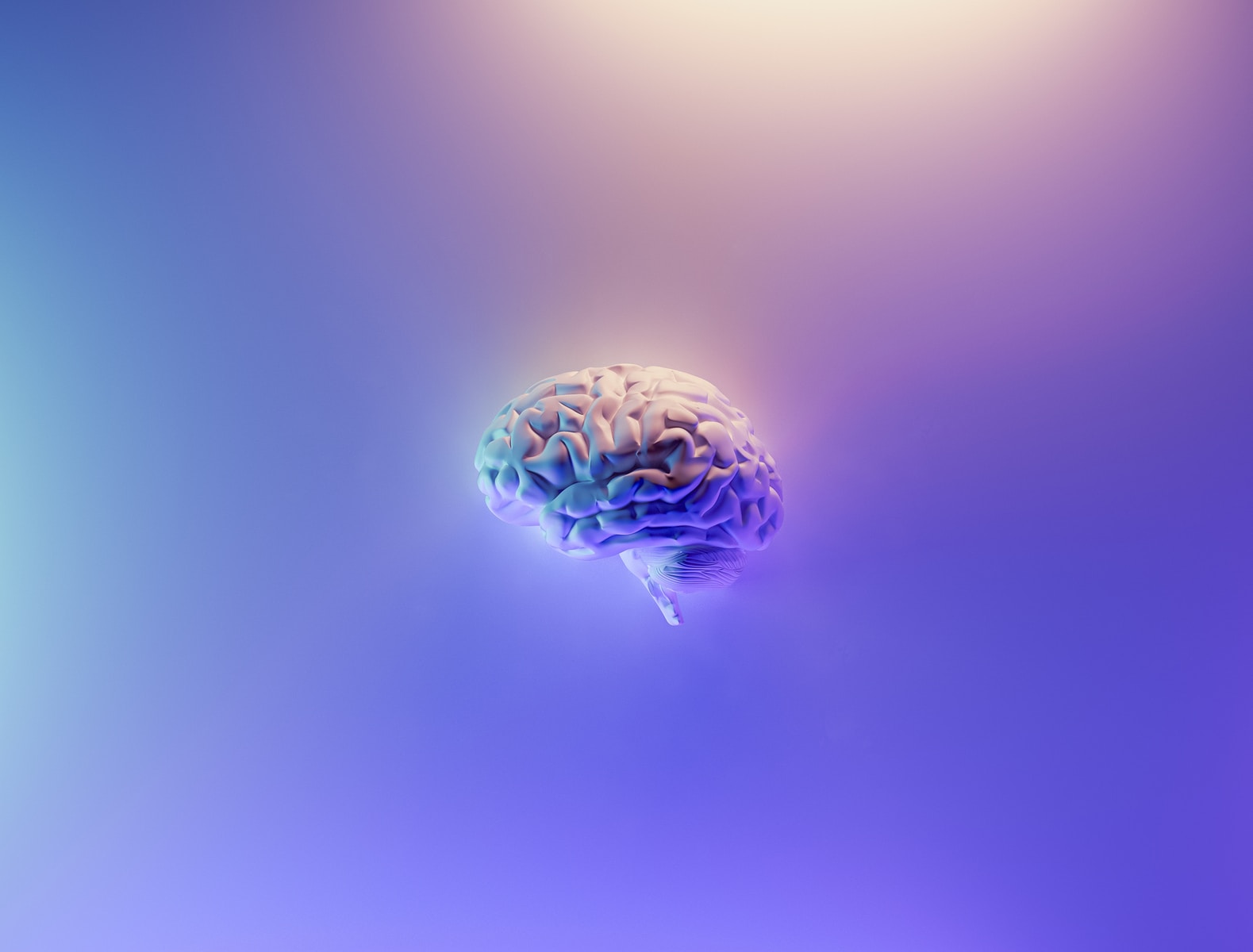 “How stupid that he killed himself. All that money and success, wasted! What an idiot!”

This was the reaction my then-boss had when news broke of Heath Ledger’s death in early 2008. I was setting up the restaurant bar while we watched the headlines unfold on the giant TV hanging on the wall.

My manager – a guy I really didn’t respect to begin with for how he treated people – was making such a confusing point to me. It’s totally possible to be rich and unhappy, you know.

We all know of rich, miserable people. We also know of happy poor people. We know people married for dozens of years who can’t stand life, and single people looking for Mr./Ms. Right that still seem to walk on the sunny side of the street.

You may view yourself as someone who looks at everything in black-and-white terms. “Just the facts! That’s me!”

No. You’re not that person.

Everyone looks at life and events going on around them through a filter. I’m not even saying that based on a psychological hypothesis or a particular view of humanity. It’s actually completely rooted in biology.

The brain’s filter mechanism, and how it works

You can’t focus on all the information around you at one time. Your brain would explode.

As I sit in my office, I could be focusing on any of the following things:

…you get the idea.

Information is constantly being streamed into your senses. So, your brain is designed to filter out information that is irrelevant to what you are trying to focus on.

My brain right now is largely forgetting about all of those bullet points above because it is focused on the thoughts I’m trying to come up with in this essay.

This filter that protects our sanity is called the reticular activating system (RAS).

The RAS only allows your brain to process information that you are focused on. This keeps you from going nuts trying to process anything and everything happening at once.

Did you notice how easy it was to spot the particular color when you were focused on it? That’s all you see, then!

This is more than just a simple trick of your brain – it’s the key to understanding how to manage your happiness… and even your success in life.

One thing you might underestimate is the sheer desire of other institutions who want to hack your RAS for their own personal greed.

The media is a perfect example of this.

Anybody who works in news organizations knows the phrase, “If it bleeds, it leads.” That means you focus on the bad news first because it will attract the most eyeballs.

But there’s an even more sinister effect of this policy. By focusing on bad news, you place the viewer in a state of constant anxiety. That viewer then looks for more information to relieve that anxiety rather than sitting with it. So they… watch more news.

A few months into the COVID-19 response in 2020, I started writing something on Facebook called the “positive coronavirus story of the day”. It was my little way of parsing out all the bad news about COVID and focus on ways we were making advancements towards understanding the virus and treating it. There was a ton of information that was encouraging.

However, I had friends who simply spent all their time staring at CNN and sharing scary headlines who refused to believe anything that I wrote, despite backing up what I wrote with sources every single time.

Pretty much everything I wrote is turning out to be true, but I don’t expect any apologies from anyone who insulted me during that time – most of those people stopped being my friends for the sheer audacity I had in focusing on the good. They refused to believe anything good was happening because their RAS’s were zeroed in on the bad.

Notice how quickly the media and politicians focus on divisions in our society. Every time they open their mouths, they are pitting a group of us against the other.

By making us focus on that, it becomes all that we see. We filter out any information beyond what we’re told to think, so we are convinced that COVID will kill us all, World War III is inevitable, and everyone hates each other.

For a little flashback on this, here’s George Carlin (language warning) on how all these institutions divide us thirty years ago:

What is the result of this? We are angry at everyone, scared of everything, and miserable souls.

So we watch more news for a proposed solution that never comes. We vote for politicians who promise a way out that never comes. And we ignore everything else going on in life out of pure focus for the one thing that our brains think is important.

Hatred. Division. Misery. Drug overdoses. Crimes of despair. And so on.

The world has always been an awful, ugly place. But we didn’t get so despondent over it until we allowed news organizations, politicians, and social media entities to tell us what to think all the time.

On the far other end of the Important Spectrum, let’s talk about my own crippling self-consciousness.

I went to a small inner-city grade school (less than 100 students K-8). From first grade and onward, I was deemed the Class Nerd for getting good grades and subsequently was not allowed to have any friends my entire childhood.

That’s not an exaggeration: when I returned to my grade school during my freshman year of high school, kids were loudly and obnoxiously astonished that I had made friends in high school.

So, nobody liked me in grade school. I was insulted nearly every day for even the littlest things, like nodding my head at someone (true story). I couldn’t get better at sports because I was so terrified of screwing up that I would… well, screw up. And instead of helping me get better, my classmates would just mock me for being terrible.

(I’m not telling you this for pity. I’m going somewhere with it.)

In high school and college, I was swarmed with feelings of inadequacy. I viewed myself as unattractive, awkward, dorky, and someone nobody would voluntarily want to be around.

If I made friends, I felt I didn’t deserve them. I dated around quite a bit, but I always felt like I had to put on a performance and convince the girl to like me, even if we had dated for years. I was terrified that I would say or do the wrong thing and people would be instantly turned off.

My RAS was focused on my own shortcomings, and that’s all I could see. So because I believed I was awkward, I became awkward on dates. I tried too hard. I felt desperate, which turned off a lot of girls.

When my last girlfriend broke up with me in 2008, I told myself that – at 23 years old – I was exhausted from always trying so hard. I wanted to just enjoy dating. I knew of a girl who had a crush on me for years, so I asked her out on a date.

We clicked immediately because I was comfortable. I could focus on enjoying myself because she was clearly enjoying herself. I told myself not to worry about convincing her to date me – I could just have fun and see what happens.

We eventually married. Today, we have a fantastic marriage and three beautiful children.

That happened because I shifted my RAS.

We just had our first baby boy. We were paying off debt like crazy, nearly debt-free. I was working from home as a freelance copywriter, and I was closing in on a $140,000 year.

Then, in November, my main client fired me without explanation. My income dropped to nearly zero with one phone call.

I panicked. I felt great anxiety about my future.

“I have a new baby! What will happen if I can’t pay my bills?! What if I never get another writing client again?!”

And so I embarked on 4 straight years of not being able to pay my bills – and struggling both financially and professionally.

Then, two weeks before Christmas, the same thing happened: my main stream of income fired me without warning.

Instead of freaking out, my wife and I both stayed calm and confident. I focused on the things that were still going well. I looked at the contacts I had and felt good about my chances of convincing at least one of them to give me some work. I told myself there was plenty of writing work out there.

We enjoyed our Christmas while I focused on the opportunities in front of me.

What happened? I gained two new clients in January, continued growing my business throughout the year, and nearly doubled my income in 2021.

That’s because I’ve focused my reticular activating system on opportunity and then acted on it.

How to hack your RAS yourself

Taking control of your reticular activating system is the key to putting yourself in position to get what you truly want out of life.

Success, contentment, love… it all starts with your RAS.

Here’s how to set it:

The reticular activating system is a really powerful tool that we all have. Put that filter to work, and stop letting other people control yours.

Then, watch how much happier and more successful you’ll be.